The City of Ely Military Band is a wind or military style band which performs at venues all over the eastern region.

We include a variety of instruments from the woodwind and brass sections and currently have a membership of approximately forty members.

We perform a wide range of music including traditional marches and ceremonial pieces, overtures and waltzes, show and film scores as well as Latin American music. We like to provide something for everyone in our concerts.

Concert season begins with our springtime Tea 'n' Tunes concert, showcasing our new music for the year whilst everyone enjoys a cup of tea and cakes. After many summer performances, the year ends with our popular Christmas concert, filled with traditional festive tunes, audience participation and a mince pie.

New instrumentalists are always welcome. We do not ask new members to audition, we only ask that members have an enthusiasm for performing and are willing to commit their time to the band. 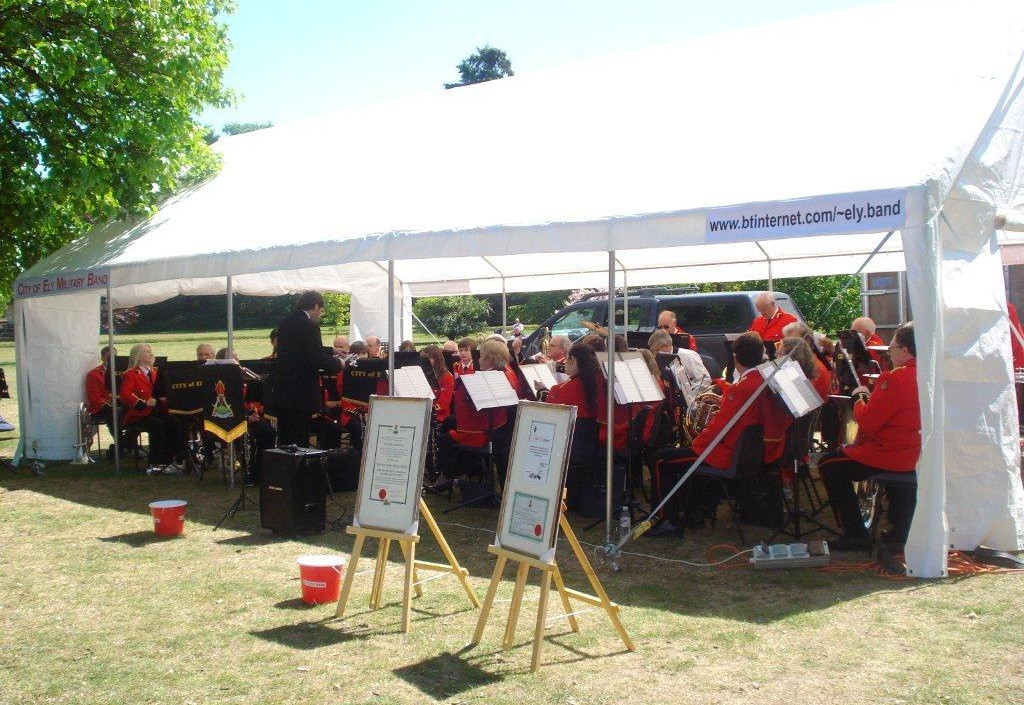 See our Engagements list for details of where you can hear us next.

If you are interested in joining or booking the Band,

The modern Band celebrated its 50th year in 2012 with a packed programme of concerts and unique performances. See our photograph gallery for more memories.